Development of Bovine Reproductive Practices over the Last 120 Years 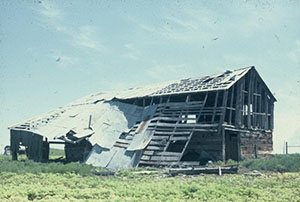 I've always been interested in history so I thought it would be interesting to briefly look back at the developments in my field of bovine reproduction and as the saying goes learn from history, so our activities over the past may point out our failures and successes.

In 1896 Walter Heap in Cambridge England published methods of recovering and transferring embryos which were some of the first embryos observed. In 1900 Ivanoff in Russia developed an artificial (AI) insemination technique for cattle. Since this activity requires selection of superior genetics to be of use in improving cattle it was serendipitous that shortly after the first genetic evaluations were calculated based on multi-herd performance. The first AI in the USA was in 1925, and in the early 1940s Trimberger introduced the AM PM principals for breeding cows. Semen straws were developed in the early 1940s. In the 1950s Chris Polge in Cambridge decided to try glycerol as a cryoprotectant when freezing spermatozoa, at that time he was working with swine semen.

In the meantime, from the 1930s to the 1950s Chang, Umbaugh, and Rowson were experimenting with embryo survival out in the environment. In 1951 Willet in the USA published an article reporting the first calf born from embryo transfer (ET) techniques. Returning to AI in 1962 the USDA began compiling sire and dam evaluations which along with the developments in semen production transformed the dairy industry.

The first attempts at estrous synchronization were in the 1960s when MGA (melengestrol acetate) a synthetic progesterone was given in the feed of beef cattle. However, the first estrus after withdrawal of the drug resulted in poor results and little interest at that time. Prostaglandin (PG) replaced MGA in the later 1960s which was initially made from sea coral so was very expensive and we placed small amounts of PG in the uterus on the side of the corpus luteum, the results of which I published in 1974. Subsequently PG was made synthetically and became commercially viable, this was followed by another form of estrous synchronization which was the utilization of tampon like pads soaked in progesterone and placed in the vagina of cows. Finally, the two drugs were used conjointly and GnRh (eg cysterellin) was added to synchronise ouvulation. Today these drugs are used extensively in the dairy industry and increased synchronization of beef cattle, but only to around 5%.

In the 1990s Larry Johnson in the federal lab in Maryland developed a technique to separate X and Y spermatozoa using a cell sorting machine (a USDA patent) but the process was too slow for commercial use until a group calling themselves XY INC speeded up the process and it became sufficiently successful to be applied to the cattle industry. This company then sold out to Sexing Technologies, and in 2001 sexed semen was on the market.

In 1969 Rowson and his group published a paper reporting a commercially viable method of superovulating cows to produce many embryos, and when placed in prepared recipients acceptable pregnancy rates were accomplished. However, embryos were collected and transferred surgically which led to adhesions in the upper reproductive tract leading to infertility and even sterility in very valuable cows and heifers. So, we worked hard at developing non -surgical techniques which we published in 1976 solving a moral and ethical concern since we knew the surgical approach damages the animal. Recently methods of in-vitro fertilization have been introduced in the industry which involves limited surgery on healthy females with subsequent adhesions. Using this technique more eggs are collected but lower pregnancy rates are reported.

Another recent addition to improve efficiency in the cattle industry are methods to determine the genetic potential of young cattle even soon after birth by examining DNA reducing the generation interval in selected animals. Now, 1,662.922 dairy females have been genotyped with significant improvements reported in herds using all of the previously described techniques.

What have we learned applying this technology, cattle must be efficiently managed, otherwise poor management will nullify any attempts at improvement, conscientious help is essential, Introducing new methods of increasing production with greater efficiency will gain the interest of young potential intelligent help. A significant fact when considering the average age of farmers in the US is 58 years! In conclusion usage of this technology opens up a whole new world.